Home » Blog » The 25 Most Expensive Dog Breeds in the World If you’ve read our Ultimate French Bulldog Price List, you already know that Frenchies are one of the most expensive dog breeds and not without a reason. Owning them is still absolutely priceless, similarly to so many other breeds out there. Although it’s almost impossible to compile a comprehensive list, we’ve decided to round up 25 different dog breeds that are considered some of the most expensive in the world. If you’re curious which these are, check out our list!

First of all, let’s look at why certain dog breeds come with a hefty price tag at all. You have probably guessed already that the most important factor when determining a dog’s cost is whether they are purebred. A reputable breeder invests lots of effort, time and money into breeding healthy puppies while needing to follow strict breeding regulations for each breed. They also select parent dogs from excellent bloodlines, producing puppies that can even participate in dog shows.

In addition to the breeder and the purebred status, the rarity and demand for a certain dog breed will also hugely influence their cost. Even within a breed there may be rare and standard color variations, making the price range even wider: the rarer the puppy, the higher their price! Now that you’re familiar with the most important factors, let’s see which are some of the most expensive dog breeds around the world! Please note that the price ranges are not set in stone but are rough estimates.

The Tibetan Mastiff is considered one of the most majestic and noble dog breeds in the world. Their huge size may be intimidating but they’re actually very mellow and affectionate. They’re also one of the most expensive breeds you can find, with prices ranging from $3,000 to $10,000 or more. The most expensive dog ever sold was a red Tibetan Mastiff named Big Splash going for some $1.5 million!

The French Bulldog is one of the most popular dog breeds, and it’s no surprise why. These little bundles of joy are incredibly charming and make wonderful companions. Their exact price largely depends on various factors like the color, gender and age of a puppy. Whether you’re after a standard red or a rare fluffy Frenchie, you can expect it to be anywhere between $3,500 and $30,000. Read our Ultimate French Bulldog Price List to find out why Frenchies are so expensive!

The Löwchen, or Little Lion Dog in German, is a small dog breed that has been popular in Europe for more than 500 years. Their coat is regularly clipped so as to look like mini lions. The Löwchen is known for its affectionate nature and being brave as a lion despite their small size. Their price may range from $2,500 up to $8,000.

The Samoyed breed is known for its fluffy white coat and its gentle nature. These sweet dogs have a beautiful smile which actually serves a purpose: their upturned mouth prevents drooling and thus the forming of icicles in the cold. Generally, a Samoyed puppy will cost between $2,500 and $5,000, but that may go up to even $10,000.

The Afghan Hound is a majestic and elegant dog breed with a silky, flowing coat. The breed is known for its grace and beauty, and it is also a popular choice for show dogs. The cost of a purebred Afghan Hound can vary greatly, ranging from $2,500 to $7,000.

The Pharaoh Hound is a rare and ancient dog breed, originating in the Mediterranean island of Malta. Nicknamed as “Blushing Dog”, they’re indeed capable of blushing when happy or excited, a rare trait for dogs! They’re highly prized for their unique look and loyal, gentle nature. This rare and graceful breed will cost anywhere from $2,000 to $7,000.

The Black Russian Terrier is a large and powerful breed of dog that originated in Russia. It is a working dog that was bred for its strength, intelligence, and loyalty. This breed is known for being a great guard dog and is also a popular pet. Show-quality Black Russian Terriers can cost anywhere from $3,000 to $5,000 or more.

Bernese Mountain Dogs are a popular working dog breed originating from the Swiss Alps. They are known for their intelligence, loyalty, and beautiful coats. Thanks to their origin they thrive in cold weather! Generally, you can expect to pay anywhere from $2,500 to $3,500 for a Bernese Mountain Dog puppy.

The English Bulldog is a beloved breed known for its distinctive looks and friendly personality. With their droopy jowls, endearing expressions and affectionate nature, it’s no wonder that they’ve become so popular. Breeding Bulldogs requires great knowledge from breeders, making them quite expensive: $2,000–$4,000 USD on average.

Alaskan Malamutes are one of the oldest and largest breeds of sled dogs. These majestic animals have been used for centuries to pull heavy loads in the Arctic. They’re known for their strength and loyalty as well as their thick, double-layered coat, which protect them from the cold temperatures of the Arctic and gives them a unique look. An Alaskan Malamute usually goes for $2,500–$4,000.

The Chow Chow is another dignified dog breed originating from ancient China. These fluffy and cuddly dogs are easily recognized by their huge majestic red coat. They have another distinctive feature: their unique blue tongue! Chow Chows are eternally loyal companions, having an average price of $1,500–$4,000.

The Akita is a large, powerful and dignified Japanese dog breed. It is considered a national treasure in Japan, renowned for its loyalty and intelligence. The average price of an Akita dog breed is around $1,500 to $6,500, depending on the quality of the pup, the breeder, and the location. An Akita Inu, which is the original Japanese Akita, is typically more expensive than an American Akita.

The Biewer Terrier is a relatively new breed, having only been developed in the 1980s recognized as a breed by the AKC in 2021. This small, lively terrier is known for its long, silky coat and big personality. Despite its relatively short history, the Biewer Terrier has quickly become one of the most popular toy breeds in the world. Their average price ranges from $2,500 to $3,500.

The Staffordshire Bull Terrier may have the dark past of bully breeds, but today they’re considered some of the most suitable breeds for children. They are known for their intelligence, loyalty, and courage, making them a great companion for any family. Staffies usually go for $2,000–$3,500.

The Greater Swiss Mountain Dog is a large, sturdy breed that is known for its dense coat of black, white and red markings. This large, powerful dog is known for its intelligence, loyalty and strength, and has a long history of being used as a working dog. Today, they’re also popular choices for families with kids. Generally, you can expect to pay from $2,500 to $3,000 for a Greater Swiss Mountain Dog.

The Irish Wolfhound is a large dog breed from Ireland and is one of the oldest dog breeds in the world. Male Irish Wolfhounds may reach up to 32 inches tall and weigh up to 140 pounds. Being intelligent, strong and loyal, these dogs are often used for hunting, as well as for companionship and protection. Their average price ranges from $2,500 to $3,000.

With its short legs, long ears and luxurious coat, the English Toy Spaniel is an adorable companion that is sure to bring joy to any home. Being first bred to be the companion of kings, they can be proud and willful, but extremely affectionate with their beloved humans. Their average price ranges from $2,000 to $2,500.

The Shikoku is another popular Japanese dog breed. They originate from the island of Shikoku where they were valued wild boar hunters. Shikoku look a lot like wolves and have a very strong connection to nature. They tend to be strong-willed but very devoted to their humans. You can expect to pay from $2,000 to $3,000 for a Shikoku.

Rottweilers originate from Germany, but today they’re immensely popular worldwide, especially in the United States. They have been used as guard dogs, police dogs, and even therapy dogs. Rottweilers are loyal and devoted to their owners, and they make amazing family pets. The average price for Rotties is $1,500–$3,000, but a show-quality Rottweiler may cost considerably more, up to $9,000.

The Dogo Argentino is a large, powerful, and loyal dog first bred in Argentina to hunt big game. They are still very popular for protection and companionship all around the world. With its muscular body and affectionate nature, a Dogo Argentino may go for $1,200–$2,500 or even $8,000.

Rhodesian Ridgeback are large, muscular dogs. They’re known for their unique ridge of fur along their back, which is why they’re named “Ridgebacks”. They’re also known for their loving and affectionate personalities, making them great family pets. Their price usually ranges from $1,500 to $2,500.

The Azawakh is a rare and unique dog breed that is becoming increasingly popular in the United States. This ancient African sighthound is known for its lean, elegant body and its distinctive physical characteristics. Their average price is around $1,500–$2,500.

What are the top ten most expensive dog breeds?

What is the most expensive dog breed in the world?

The most expensive dog ever sold was a red Tibetan Mastiff named Big Splash going for $1.5 million. 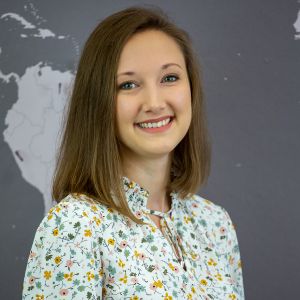 Author at TomKings Puppies
All Posts
PrevPrevious13 Tips for Walking Your Frenchie in the Winter
NextFrench Bulldog Ear Infection: What to Do with It?Next