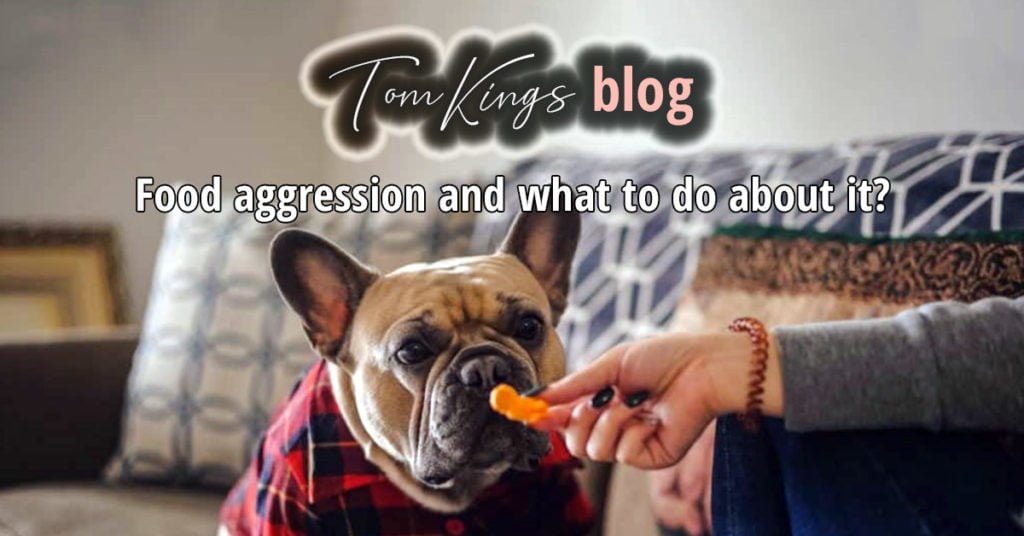 Food Aggression And What To Do About It

If your Frenchie has reached the level of aggression when he bites you during feeding, that is a serious condition, and you need to seek professional help.

If you haven’t reached this state yet, but your dog growls or shows his teeth when you approach him during feeding, is not acceptable behavior either.

There must be some distance between the owner and the dog in the family hierarchy. You, as the owner, must be on top of this hierarchy. You have to be the alpha dog. You and only you get to decide what is his and what is yours. You have the privilege to decide which area is yours and which belongs to your dog. But when your dog believes he gets to decide, that means he thinks he is above you on the hierarchy.

Turning this around is not an easy task, but also not impossible. You’ve got to be consistent and remain calm at all times. Do not tell him off when he is aggressive over food, and do not fight with him. You’ve got to make sure he understands that you are the boss and not him. Here’s what you can do to achieve this.

You have to behave similarly to him. Create situations in which your dog cannot participate. For example, he is not allowed to approach you or the family table while you are eating. When he approaches anyway, tell him off and chase him away. Another situation is when you are resting on your couch, and he is trying to approach you. Do not let him jump on the couch except when you give verbal permission to do it.

Humans eat first at all times! Never feed the dog before you’d eat or while you are eating. Make him understand that the food is yours, and he only gets the leftovers. That will indicate to him that he is not the alpha dog, and he must wait for his turn.

Also, make him sit by the door while you prepare his food, and even when you put his bowl off the floor. Only let him approach the food when you give verbal permission to do it. If he is impatient, you can try growling back at him. I know it sounds funny, but you’ve got to make him understand that you are the alpha, you are the boss.

Make these rules unbreakable. Be consistent, and stay strong mentally. By the time he will get your point and will start to behave well.

2 thoughts on “Food Aggression And What To Do About It”

As a trustworthy elite breeder-family of French bulldogs, we dedicate our lives to raise healthy, balanced, and well-mannered furbabies for future owners. 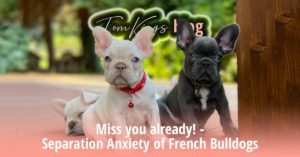 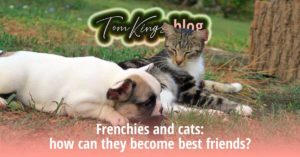 Frenchies and cats: how can they become best friends? 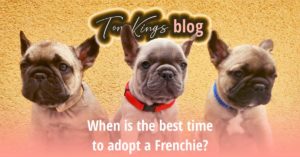 When is the best time to adopt a Frenchie? 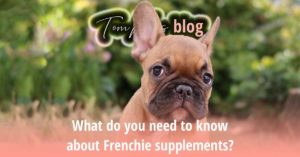 What do you need to know about Frenchie supplements?

Ultimate Guide To Adopting A Frenchie​

Don't miss out Your Ultimate Guide to Adopting a Frenchie e-book. Subscribe to our newsletter to download our free guide.