For animal lovers, there’s no better feeling when after a long day, you can finally throw yourself on the sofa and your pet can cuddle up in your lap. Of course, this is less pleasant with a large size dog, but for those who want compact companionship, a lap dog is a great choice. These breeds, as their name suggests, were bred specifically to sit on their owner’s lap and keep them warm. They have a gentle and affectionate nature and are happy to lounge with their owners at any time of the day.

Those looking for a small, lovable four-legged friend can choose from over 30 breeds. Each with its own unique look and personality, it’s a difficult choice. That’s why in this article, we’ve rounded up seven of the most popular lap dog breeds who love to snuggle up with their owners. Spoiler alert: the French Bulldog is on the list, of course!

What are lap dogs and why do we humans love them?

Lap dogs are small dogs that can be easily picked up and even carried in the hand. However, it is important to know that not all small dogs are lap dogs. The personality of the dog is also an important factor, as there are many breeds of small dogs today that are too excitable to be held on the lap. These include agile foxhounds, which were originally bred for hunting. Lap dogs were bred specifically to provide their owners with pleasant and constant companionship in all circumstances.

As mentioned earlier, lap dogs have not appeared recently. The first records of dogs for companionship can be found in ancient China, where royalty and noble families kept Pugs and Pekingese. In the 18th century, the custom arrived in Western Europe and its first famous exponent was Queen Charlotte of England. Yes, you may have seen her in the famous Netflix series Bridgerton! The real Queen Charlotte also loved lap dogs, and when she moved from Pomerania to the British Empire, she took her little Pomeranian dogs with her.

Fashionable lap dogs spread like wildfire across all social classes. Their affectionate nature and the fact that they keep their owners nice and warm quickly made pet ownership popular. So let’s take a closer look at the seven most popular lap dog breeds!

They were once a highly respected palace guard in China. The former temple guard dog has changed a lot over the centuries. Today, they have big eyes, a flat nose and lots of fur. They weigh up to 12 lbs, and have a thick crown of fur. Their coat is long and straight, and slightly coarse to the touch. In contrast, the undercoat is soft and very thick. Former temple guardians are considered smart, characterful dogs. They are extremely stubborn and willful, but can also be very affectionate and flattering when the mood strikes. In any case, they choose their own friends, as they are usually very aloof with strangers.

At first glance, the Bolognese dog looks like a real lapdog. At second glance, however, it becomes clear that the Bolognese is much more than that! This friendly and playful four-legged pet is a great animal companion for young and old alike, and their open character makes them a fun partner wherever they go.

The friendly lap dog resembles a larger cotton ball. A Bolognese weighs a maximum of 9 lbs, spread over a maximum of 12 inches of chest height, which is less than some cats. Despite his very small stature, this furrball has a graceful gait, as if he was walking on tiptoe. He carries his tail on its back, has a soft, slightly curly, and all-white coat that looks fluffy.

The Franco-Belgian Bichon Frisé is an easy-going little charmer with a friendly nature that will charm many dog lovers in no time. At first glance, the Bichon Frisé resembles a soft cotton ball walking on four legs, just like the Bolognese. At around 12 inches in height, it weighs a maximum of 13 lbs. Its pure white fur can be up to 4 inches long.

Above all, a Bichon Frisé is convincing because of its charm: lively, outgoing and happy to be everywhere. With his wavy coat and cheerful disposition, this animal is full of cheerfulness, which imparts to its surroundings. So this pretty four-legged friend wraps most people around his paws with ease. A Bichon Frise also loves to be stroked and cuddled, and enjoys close physical contact with its owner. This uncomplicated little companion is almost never hectic, gets on well with other animals and is generally friendly with strangers.

Pomeranians are small whirlwinds. They are also called the “kings of toys” due to their lion-like collar. They don’t impress with their size, but rather with their friendliness, self-awareness and energy. So it’s no wonder that this breed is winning the hearts of more and more dog lovers and conquering many households. The Pomeranian is up to 8 inches tall and weighs a maximum of 8 lbs, making it lighter than most cats. Its thick, long coat, which stands up to the thick undercoat and can be white, sandy, black, cream or a mixture of these, suggests a larger body size. Its lion-like collar frames a watchful face with alert eyes and a fox-like muzzle.

The Cuban Havanese is a versatile animal that will suit any dog lover who wants to live with a trouble-free and loving charmer. The Havanese is small, compact bodied with short legs. It has a shoulder height of 11 inches and weighs up to 13 lbs. Although this small, four-legged animal is a “bichon”, it not only comes in white, but also in brownish shades, gray, beige and spotted. Its coat may have little or no undercoat. The soft outer coat is thick, up to 7 inches long, and can be smooth or wavy.

When it comes to being trouble-free, the Havanese leaves nothing to be desired. Smart, lively, playful, child-friendly, happy and last but not least a real charmer. He is always in a good mood and is ready to fool around with his human “pack leader”. Although very alert, he is not aggressive. The Havanese does not bark, but if he receives too little attention, he may bark to attract attention. Open to strangers and other animals, this confident guy is welcome everywhere.

Pugs are the clowns of the dog world. Not only do they make owners smile with their quirky little heads with deep wrinkles, snub noses and big black eyes, but above all they bring smiles to faces with their excellent sense of humor. Every day he comes up with new silly tricks and makes his owner laugh. Pugs are incredibly playful and, despite their short legs, love to move around. You wouldn’t believe how well they perform at obstacle courses, in dexterity games and even as a companion on shorter bike rides.

But the Pug is also a very dignified breed of dog who appreciates calmness. He sleeps a lot and likes to snore in his basket, on the sofa or on his owner’s lap. He follows his owner step by step, a very good companion. However, if he doesn’t like something, for example if the owner hasn’t paid enough attention to him, he can be quite stubborn. In such cases, he will dive into the game with feigned resentment, bringing a smile back to his owner’s face. Barking or aggressive behavior is absolutely unknown to him.

7. Last But Not Least: Frenchie, Our Favorite

Last to go was our great favorite, the French Bulldog. The cheerful French Bulldog, often nicknamed Frenchie by his fans, is a very likable little dog, who quickly wraps his charm and flattering nature around the paws of any dog lover.

The short, stocky build of the French Bulldog gives the impression of a muscular, stocky quadruped. At around 12 inches in height, the animal weighs between 17 and 30 lbs. The large bat-ears on the angular head and the typically short paws and short tail are striking. The shiny fur without undercoat comes in a wide variety of colors, from the usual black and white to beige, cream or dark spotted colors.

French bulldogs are easy-going, happy dogs, free from complications. They are smart, friendly, love to spend hours being loved and are easy to train. Unfortunately, as they are prone to breathlessness, they prefer short walks and bark very little. They usually get on well with other four-legged friends, are playful and attentive. As for their temperament, French Bulldogs love children and have no hunting instinct, which makes them a good match for other velvet-nosed pets or the neighbor’s cat. In addition to these qualities, its size makes the charismatic French Bulldog a really popular city dog.

What are lap dogs?

Lap dogs are small dogs bred specifically to keep their owners company and to sleep on their laps.

Why do lap dogs like to be on their owner’s lap?

They like to sleep in their owners’ lap as they feel secure. In the lap, they are protected from all sides. They also seek further bond through touch. They associate emotional security with the owner’s presence and touch.

Which is the best behaved lap dog?

French Bulldogs are the perfect choice when it comes to choosing a lap dog. 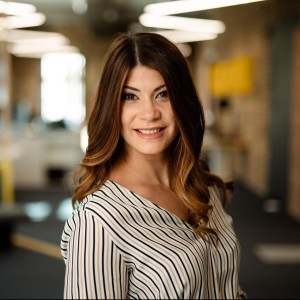 2 thoughts on “7 Best Lap Dogs That Love to Cuddle”