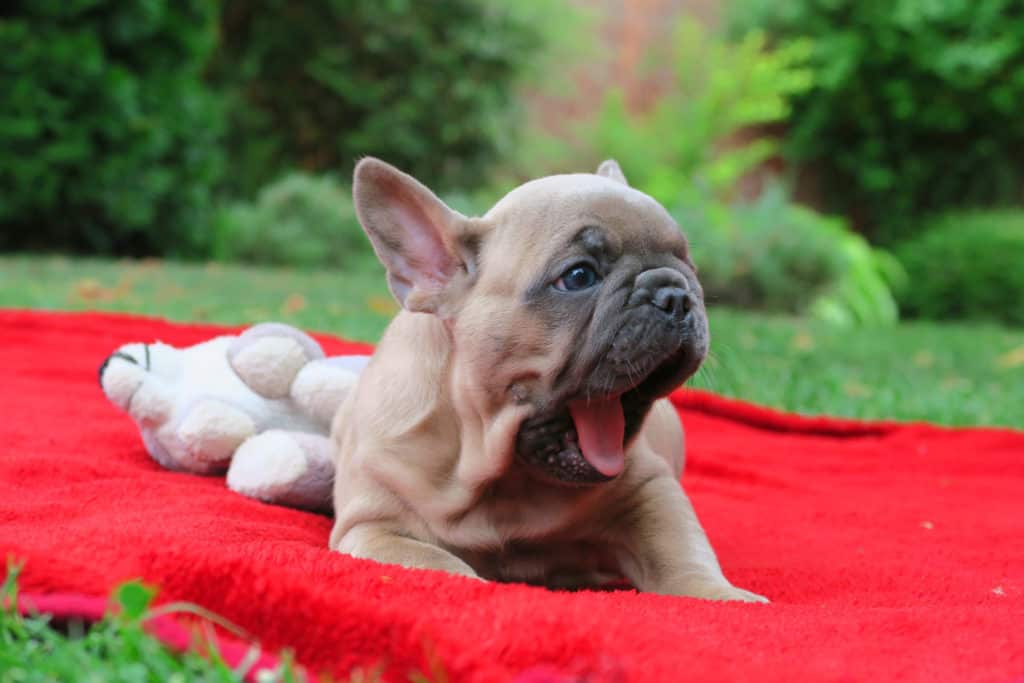 We all treat our French Bulldogs as family members and behave with them like that. It’s important to note, however, that there are some things they don’t like as much as humans. While a lot depends on how they are raised and trained, try to avoid the things below.

Humans often express their love for each other with hugs, so you might be tempted to do the same with your sweet puppy. However, dogs don’t like tight hugs. First of all, they don’t have arms. Secondly, they are the descendants of wolves where the gesture of a hug is likely to be perceived as the sign of dominance. Thirdly, French Bulldogs – like all dogs – are cursorial animals, which means that in case of threat their first reaction is running away. A hug might feel as a gesture of reducing their level of mobility.

It’s important to tell this to kids in the family, who often treat Frenchies as a toy.

2. Staring too long into the eyes

It might be less problematic with your own pup, but even he or she will not love it. Staring into a dog’s eyes means challenge and a gesture of showing dominance. Fortunately, French Bulldog is not an aggressive breed, but they might still feel inconvenient when stared into their eyes. Ask strangers to look into your dog’s eyes only for shorter periods. And don’t stare into the eye if he or she is stressed or angry.

3. Waking up your pup

Nobody likes when their sleep is interrupted, but we, humans are used to being alerted by our gadgets to wake up at a given time. Don’t do it with your dog unless absolutely necessary for travel or any other appointments. Let them wake up naturally, and make sure you or your kids don’t touch them while asleep. Your Frenchie will be happier and calmer if he or she could sleep until they needed.

When two strange humans meet, we rely on our manners to start a conversation, and young kids get along well too even if they don’t know each other. However, letting a guest bring a strange dog to your house is not a good idea, as your pup will instinctively protect their home. What could be better is to take them for a walk first, where they can meet each other. Then keep them on the leash for some time in the house until they warm up, and then they can freely socialize.

You might find doing always the same things the same way boring, but your Frenchie won’t. They feel safe following the same routine of the day, regarding eating times, playing, walking and sleeping. Changing it might upset or stress them, unless obviously absolutely necessary for some reason.

The article is based on the expert knowledge of the TomKings Puppies team who have been breeding French Bulldogs for 10 years on their farm. All the pictures in the post belong to them and show puppies from their breed, and their farm. Check their available puppies here, or if you have any questions or comments let us know below the article.

PrevPreviousHow much space does a Frenchie need? [and a sneak peek at the TomKings farm]
Next[Tutorial] A Frenchie-friendly vacationNext

This error message is only visible to WordPress admins

Make sure this account has posts available on instagram.com.

As a trustworthy elite breeder-family of French bulldogs, we dedicate our lives to raise healthy, balanced, and well-mannered furbabies for future owners. 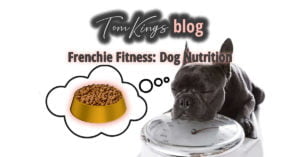 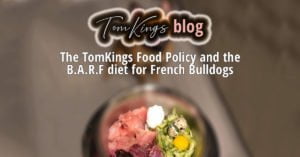 The TomKings Food Policy and the B.A.R.F diet for French Bulldogs 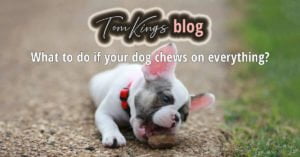 What to do if your dog chews on everything 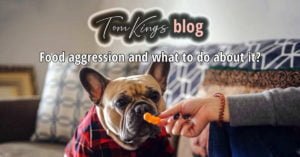 Food Aggression And What To Do About It

We use cookies on our website to give you the most relevant experience by remembering your preferences and repeat visits. By clicking “Accept”, you consent to the use of ALL the cookies. Read More
Cookie settingsACCEPT
Manage consent

This website uses cookies to improve your experience while you navigate through the website. Out of these, the cookies that are categorized as necessary are stored on your browser as they are essential for the working of basic functionalities of the website. We also use third-party cookies that help us analyze and understand how you use this website. These cookies will be stored in your browser only with your consent. You also have the option to opt-out of these cookies. But opting out of some of these cookies may affect your browsing experience. Read More
Necessary Always Enabled

Any cookies that may not be particularly necessary for the website to function and is used specifically to collect user personal data via analytics, ads, other embedded contents are termed as non-necessary cookies. It is mandatory to procure user consent prior to running these cookies on your website.

Ultimate Guide To Adopting A Frenchie​

Don't miss out Your Ultimate Guide to Adopting a Frenchie e-book. Subscribe to our newsletter to download our free guide.